He studied at the Ontario College of Art in Toronto with Jock Macdonald3. In 1953 and 1954, he took lessons at the André Lothe workshop in Paris. From then on, he began to hold his first exhibitions.

On his return to Quebec, he moved to Montreal where he met Jean-Paul Jérôme, Fernand Toupin and Rodolph de Repentigny with whom he shared the same artistic vision. Together, they published the Manifeste des plasticiens à Montréal, the February 15, 1955. This manifesto marks a break with the Automatists. The following year, Louis Belzile became a founding member of the Association of non-figurative artists of Montreal. In 1958, he obtained a Bachelor of Arts from the University of Montreal. In 1960-1961, he studied at the École des Beaux-Arts in Montreal in order to perfect his profession and his teaching methods. He then taught at the College of Teachers of Saint-Joseph until 1965.

From 1965 to 1985, parallel to his artistic career, Louis Belzile also developed his career in the public service. He was first head of the Fine Arts programs division at the Ministry of Education and then at the Canadian Agency for International Development at the Ministry of National Education of Côte d’Ivoire. On his return from Africa, he was in charge of the television teaching program, which then took an increasingly important place in the Quebec school network, among others with educational programs such as Passe-Partout. He continued his career as a journalist and producer for Radio-Canada for twenty years.

Own artwork from Louis Belzile? 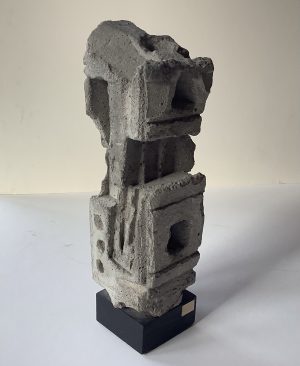 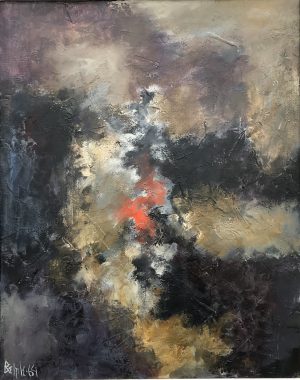 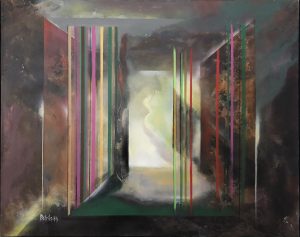