The painter and graphic artist, Léon Bellefleur was born in Montreal in 1910 and died in 2007.

After receiving his teaching diploma in 1929, he studied at the École des Beaux-Arts in Montreal until 1938 and in 1940 met Alfred Pellan.

In 1948 he signed the free art “Prisme d’yeux” manifesto with artists who were open to traditional expression and inspiration and who were responding to the more radical ideological approach of the Automatistes. Along with Albert Dumouchel, Jacques de Tonnancour, Louis Archambault and others, Bellefleur joined the Prisme d’Yeux led by Alfred Pellan, signing their manifesto in 1948 and exhibiting with the group. These artists were responding to the approach of the Quebec Automatistes and called for freedom of expression. Through this association, Bellefleur became interested in the Surrealist preoccupation with the subconscious as a source of inspiration. Towards the end of the decade, he became interested in the work of Russian artist Wassily Kandinsky and the Spanish artist Juan Miro. In 1953 he joined the automatiste movement.

He studied engraving in France at Friedlander’s and Desjaubert’s studios in 1954. Later, after his return to France in 1958, he drew close to André Breton’s surrealist group. He set up a studio in Paris.

He continued to create lyrical and surrealist influenced painting, drawings, and prints through the 1980s.

Own artwork from Léon Bellefleur? 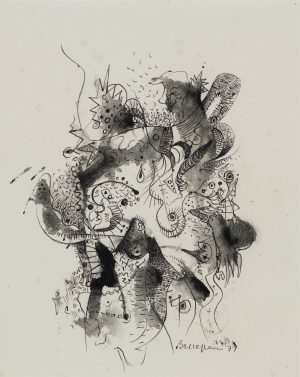 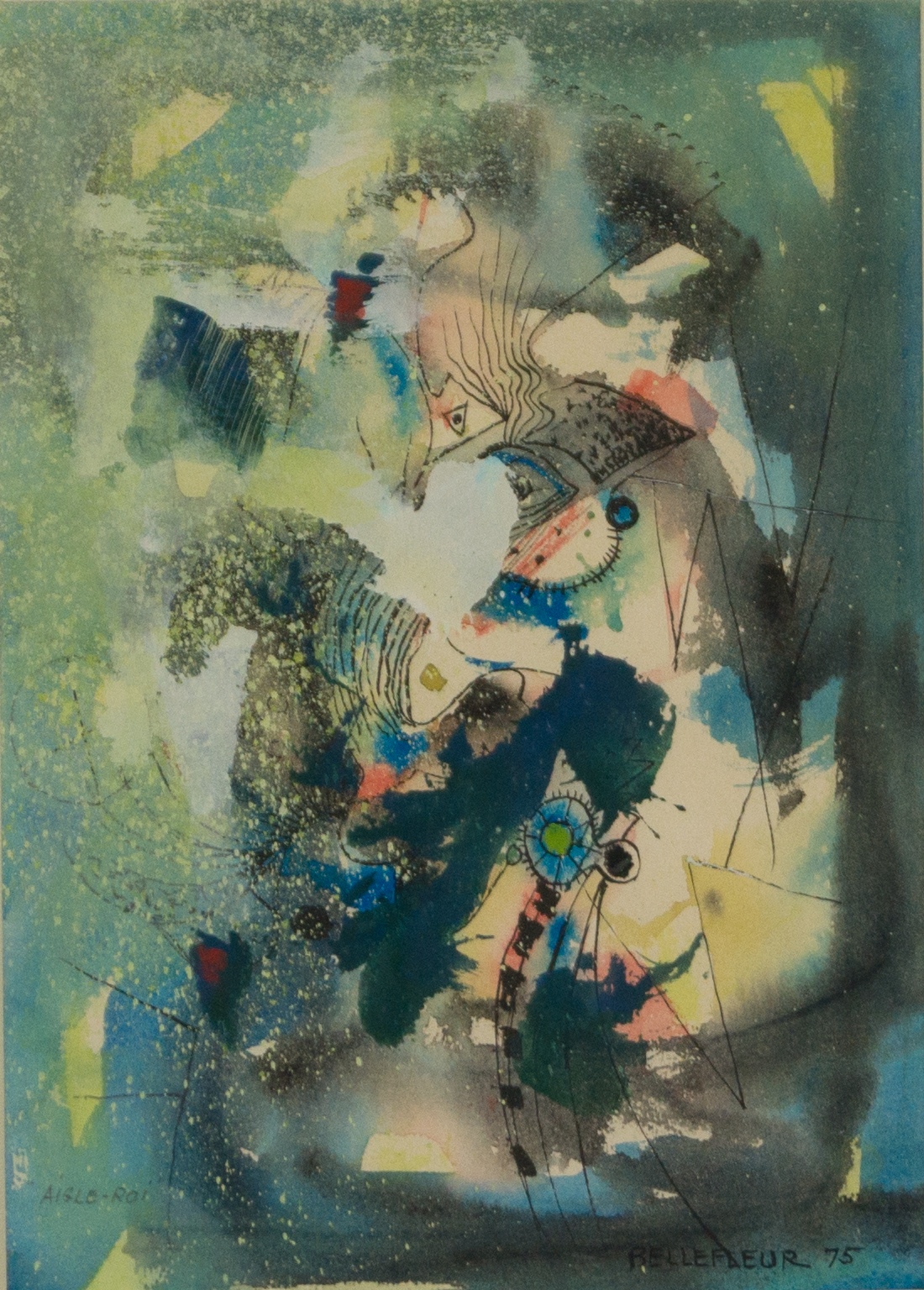