Kittie Bruneau Born October 12, 1929 Montreal, Quebec Died April 6, 2021 (aged 91) Calgary, Alberta.
She studied for one year at the École Beaux-Arts in Montreal from 1946 to 1949¸ under the supervision of Ghitta Caiserman-Roth. As a young woman, Bruneau is torn between the visual arts and dance. After her studies, she went to Paris, where she spent the next ten years. During her stay in Europe, she danced in the corps de ballet of the Ballets de Rouen and the Ballets de l’Étoile of Maurice Béjart.

In 1961, Bruneau moved to Bonaventure Island near Percé, Quebec, where she lived and worked until 1972. At that time, the province of Quebec expelled all residents in order to depopulate the island. His island workshop is preserved in the Île-Bonaventure-et-du-Rocher-Percé national park. Since then, she has worked every summer in a studio in Pointe-Saint-Pierre, a few kilometers from Bonaventure.

Bruneau has a direct approach, using bright colors and free body language to represent figures and objects combined in compositions that have their roots in the world of poetry and dreams. She paints with the canvases on the floor, walking on them as she works. His work aligns with surrealism, with certain aspects of automatism. Other artists who explore this territory include in Quebec, Alfred Pellan and Jean Dallaire; and internationally, Joan Miró, Paul Klee and Wassily Kandinsky.

She has collaborated with Leonard Cohen, Claude Haeffely, Françoise Bujold, Michaël La Chance and other poets to produce works combining literature and visual arts. Between 1982 and 1992, she painted seven murals at various locations in Quebec.

Bruneau’s work is represented in the collections of the National Gallery of Canada, the Art Bank of the Canada Council for the Arts, the Musée national des beaux-arts du Québec and the Musée d’art contemporain de Montréal.

Own artwork from Kittie Bruneau? 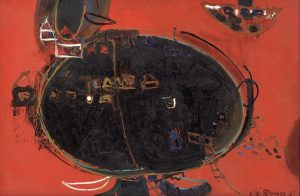 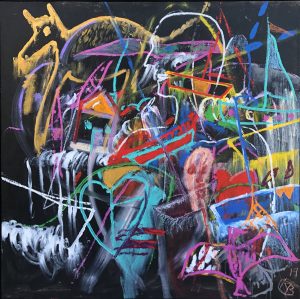 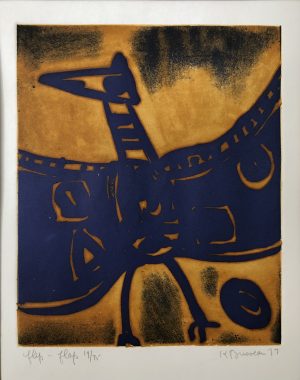 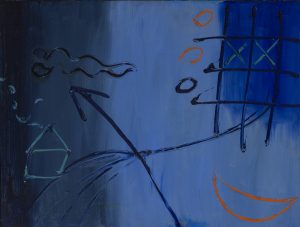