Dominik Sokolowski was born in Poland in 1976. He came to Canada as a young man and graduated from the University of Quebec (Arts and Design program) in 1999. Since that time, Sokolowski has called Quebec his home having a number of solo exhibitions across both Canada and France.

Dominik Sokolowski approaches his art with great energy and perseverance. Through his extraordinary use of colour and material, Sokolowski has formed a distinctive style, in which his work blurs the line between painting and sculpture with an incredible sense of immediacy and ingenuity.

Sokolowski experiments with a playful set of media integrating all sorts of found objects within intricate layers of modular shapes. The overall effect is a shifting, three-dimensional mass projecting off the canvas with an extraordinary sense of depth and dynamism. Sokolowski’s distinctive palette of bright red, orange and blue’s contrast against the bold neutral base of black, white and grey, enhancing the sculptural quality of the work. Together, these elements overlap, underlay, and weave together an intricate network that constitutes the “architecture” of Sokolowski.

While Sokolowski often repeats motifs within a series, the symbolism of each painting is always unique. By juxtaposing bits and pieces of found objects within the shifting environment of the painting, they find new meaning. A building block holds a didactic meaning: as a building unit in the construction of Sokolowski’s “architecture”; a symbol of play from childhood; or simply as an aesthetic element that is not intended to hold meaning. These once sentimental objects no longer exist in a specific memory or moment of time; rather, they belong to Sokolowski’s universe, where time stops and starts, and new meanings are created with every viewer.

Own artwork from Dominik Sokolowski? 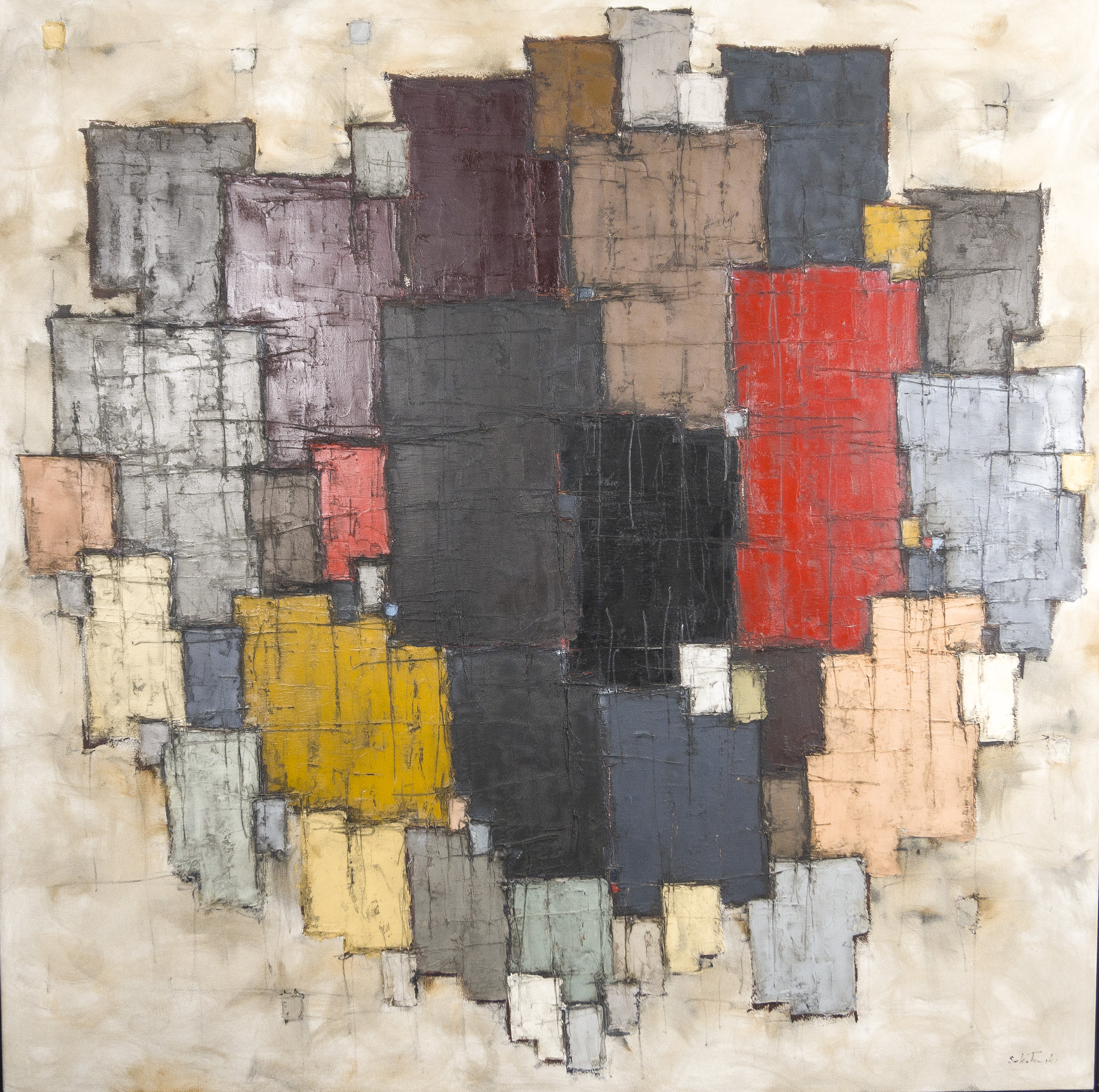