Dominic Besner was born in 1965 in North Lancaster, Ontario. He completed his Bachelor of Architecture at the University of Montreal in 1992. This early education allowed him to focus his thoughts on the nature of the city and its components. Besner’s creative work is based on a mixed technique on canvas. He has a preference for oil sticks and their rich palette of colours as well as acrylic paint, structural mortar, china marker and aerosol paint. In addition to these materials, he uses a technique of application by the fingers and scraping of the canvas.

The emotional structure of Besner’s work expresses a renewed, richer and deeper view of life, based on line and colour. The resulting depiction is the image of a world in itself, which largely transcends the two dimensional limits of the canvas.

His characters progress towards the future, like all human beings. They are creatures who are torn apart and gnawed by hope.

Own artwork from Dominic Besner? 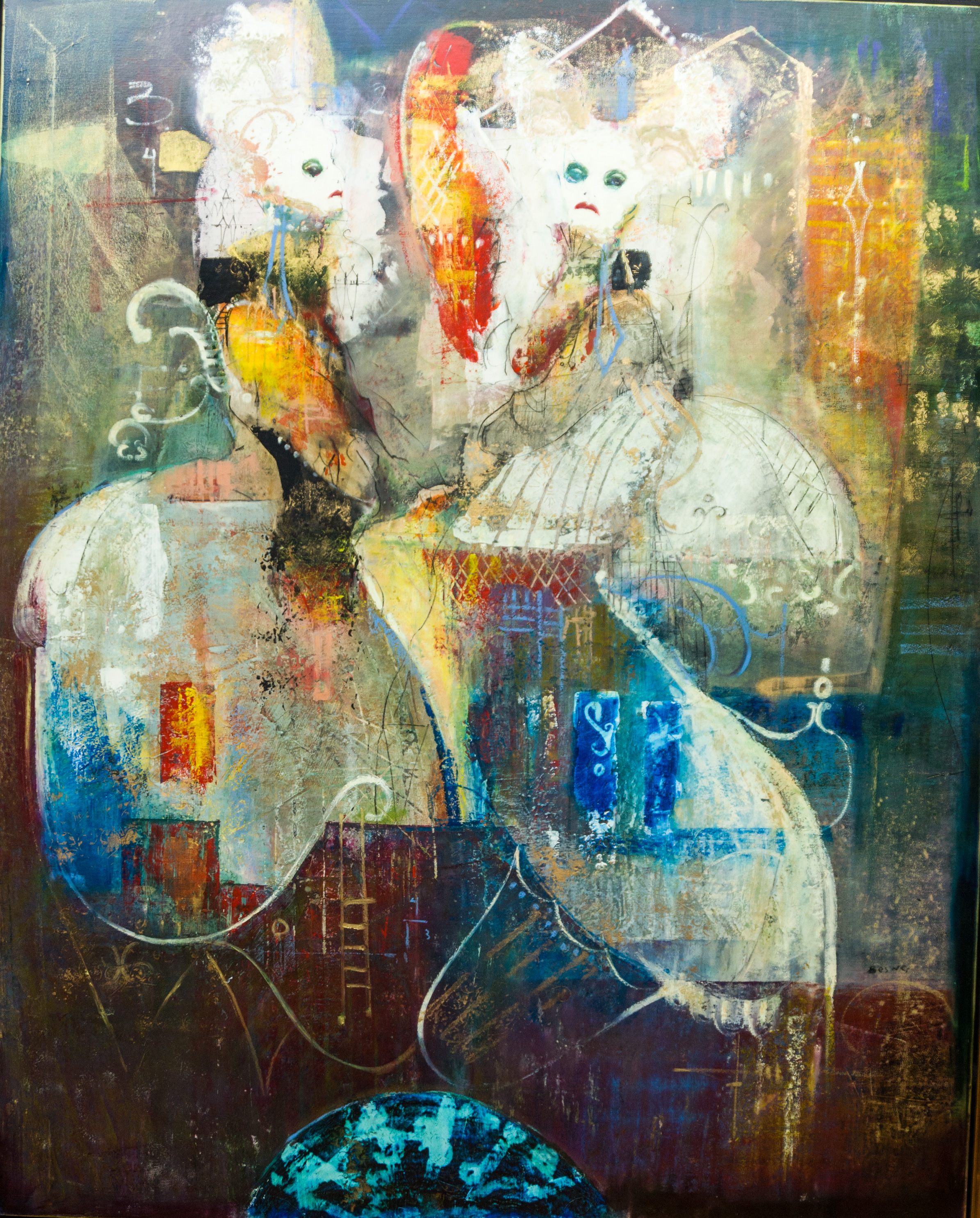