Charles Gagnon was Born May 23, 1934 Montreal, Quebec; died April 16, 2003 (aged 68)
Montreal, Quebec, is a Canadian painter.
Multidisciplinary artist, Gagnon devotes himself to painting, photography, cinema, collage and sculpture. In 1955, he left Montreal for New York to take courses at Parsons The New School for Design and at New York University. Two years later, he won a Design Award at the New York School of Interior Design. Influenced by abstract expressionism, his work uses signs, symbols and traces dotted on his canvases which are reminiscent of photographs of decrepit walls. Returning to Montreal in 1960, he created collages, paintings and boxes halfway between abstraction and figuration.

Own artwork from Charles Gagnon? 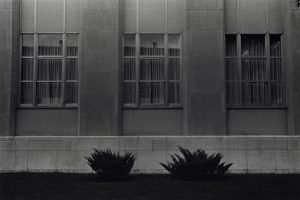