“I try to illustrate movement in the world, of nuclear movement, the perceptual movement in space, the invisible vibration of sound, the movement of the beat of our hearts.”
– Denis Juneau, in Roald Nasgaard‘s Abstract Painting in Canada

Denis Juneau was an important figure in the second generation of the Plasticien movement. His geometric approach to abstraction emphasized his experimentation with colour. Juneau divided his time between painting and sculpture. He favoured metal in his latest sculptures, and mixed media for his paintings.

Between 1943 and 1950, Juneau studied at L’École des beaux arts de Montréal under artists Jean Benoît and Alfred Pellan. He also apprenticed in goldsmithing under Georges Delrue, and interned with the designer Gilles Beaugrand before travelling abroad for his studies, attending the Centro Studi Arte Industria in Novara, Italy, until 1956. In 1959, Juneau took part in the exhibition “L’Art abstrait” (Untitled, 1959) organized by Automatist artist Fernand Leduc, which was a defining moment in his career

Juneau has been included in collective group exhibitions in Ottawa, Montreal, Vienna, Spoleto, Basel and Paris and has presented solo exhibitions in Paris, Montreal, Toronto, Quebec and Ottawa. In 1973 he became a member of the Royal Canadian Academy of Arts and was awarded the Gershon Iskowitz Prize in 1986 for his contributions to contemporary art. His pieces are held in the collections of the Montreal Museum of Fine Arts, the Musée national des beaux-arts du Québec and the National Gallery of Canada.

Own artwork from Denis Juneau? 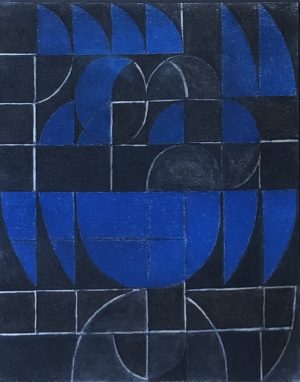